WHAT HAVE KANT AND LANGUAGE LEARNING IN COMMON?

Or so I thought.

Well, according to Mark Manson's post on Kant's One rule for life, whatever you do, it all comes down to one simple rule: Humans have only one obligation in their lives, and that is self-improvement.

Teachers teach others, but they also should improve themselves. In other words, not only we convey knowledge to others, but if we want to do our job well, we have to continuously 'up-date' knowledge for ourselves.

That way, and only that way, we can become good teachers.

Mrs X teaches young children English. She is satisfied with her acquired knowledge. She has, after all, the required academic degree. So, she's a good teacher.

The kids in her class behave well: they sit and listen and do whatever they're told to. They're not very much interested in language; they don't ask questions but produce the required answers! If they don't, they get some extra work for home to practice.

Mrs X has a principal, and he knows his job well. He knows what is best for the teachers. He is always right. What he says is the law. After all, his job is to lead the school, isn't it? But, if you say something against his way of thinking or if you ask him why ... Well, Mrs X learnt well it is always better to be silent and to obey.

As Kant says, we humans too often treat other humans as a means to an end. Both Mrs X and the principal did that.

Really? How is that possible? Both of them just did their job! What they were asked to do! To teach children and to lead the school.


The principal used to listen to the staff's ideas, but they were so many, and he couldn't meet all their needs.


Mrs X used to play games with her pupils because someone told her it's good for them. And they had fun and learnt a lot. But they are at school now, and some parents (and the teachers from the neighbouring classrooms) asked some (embarrassing) questions and gave some remarks:

They were both anxious. What were they supposed to do?

The easy response (no effort needed)

Mrs X doesn't have the answer to those questions and remarks. She is anxious and self-conscious. (But she would much rather feel good.)

The easiest way is to prevent such questions.

She changes her way of teaching to silence the parents and the teachers alike. She gives children books, and they start executing the exercises from the book. It's true, children become less interested in the language and are not motivated, but at least she knows how to assert her authority over the class through strict discipline.

And those complaining parents are satisfied.

And she feels good.


She used the children as the means (tools) to her aim (feel good).

But, darn life! Some other parents have noticed this sudden change and don't like it, because their children liked playing games and having fun. Some even say she is not a good teacher!

'Who on earth do they think they are?! She spends the whole day with their! children, she teaches them, she works nights to prepare all the material for lessons, she did what parents wanted ... and this is how they treat her now?!'

It's even worse if there is a teacher who says that she should have continued playing games! That books are not necessary! What an abomination to teachers' society! Teachers should stick together! Support each other!

(Mrs X probably thinks that support means to agree with everything she does. That would be the mindset of stage 1 in one person's life called mimicry.)

Well, Mark Manson would also have a lot to say about how feeling good is overrated, and that feelings are merely your road signs where and when to turn the path in your life, that happiness (feeling good) is the process and not the end game.


Painful to hear, but Mrs X will never feel good.

Whatever she does, whoever she pleases, there's always somebody else who disagrees ... The only way she knows how to turn anxiousness into feeling good is to please those who have made her anxious.

She can't make everyone happy, can she?


The self-improvement response (some effort needed)


On the other hand, if Mrs X follows Kant's rule, she would need to improve herself to be able to give the answers. (After all, the parents and the teachers only expressed the doubt or their opinion. Which is their right, isn't it?)

Mrs X acknowledges that human beings are not to be treated as the means. In other words, her personal feelings should not be the end game. Since she is a teacher, her end game is making sure for children to acquire some knowledge. (But she would like to feel good, too. Don't we all?!)

So, when those comments started falling; you always play games and don't use books, and how a parent could not help his child, she should have used her anxiety as information; she lacks the knowledge to give the answer. She should improve herself.

Mrs X delves deep into developmental psychology (Marjanovič-Umek) and learns that the only way children can learn is through games and through interaction with peers. She learns about 'serious games' and comes across the information that children's brains can't put bits of random information into a context, they need to be given one (the big picture). She also learns that the path to long-lasting learning is through netting pieces of information into a context (and with some repetition).

She realises that playing games is a very serious business for children up to the age of 12. They're repeating (using) language (not just words!) in action millions of times, they socialise, and they are enjoying themselves. It's simply their way.

What's with books then?

They provide only pieces of information (topic related words) shattered through unconnected topics. Mrs X may well play games with children, occasionally, but there's not enough time for playing serious games for children need to execute the exercises in the books (colouring, copying words, connecting pictures with words while sitting and minding their business ignorant of their peers).

At the age of 5-7, it takes ages for children to take the books out, find all the caboodle for drawing and writing, and at the end of the lesson, they only manage to connect three words with three pictures. Where's the repetition then?!


Topic-based learning is useful if you practice memorising words (isolated items). But to use the language? Words are useless if not used in conversation. And a conversation is much more than just producing isolated words ...

Mrs X also believes that at this early age, learning at school should be enough. At home, children should relax and spent time with their parents, telling them about all the things that happened at school. (Should the need for home-work arise, she will let the parents know.)


Mrs X had spent a lot of time educating herself, and she bettered herself. She explained her work to the parents, and they thanked her for the explanation.

Children are still motivated and enjoy her lessons.

She is respected by the parents.


But, darn life! There is one remaining parent who still thinks that cumulating words is the only way the language should be learnt. That very parent keeps coming to her parent-teacher meetings.
(And her colleagues; some of them are very aggressive towards her work.)

Her anxiety is back, but her self-improvement process gave her confidence and knowledge to know well that she does her job well.

With this parent (and some of the colleagues) ... well ... it's just a shit sandwich she will have to eat. Every profession has at least one.

She also read Mark Manson's counterintuitive approach to living a good life ... and is her favourite book.

Thinking back on my life I realised I learnt most from those who doubted me, who questioned my statements.

At first, I was afraid of being wrong or not knowing. (I still do, sometimes. But I'm still learning ...I'm not a Buddha yet.)

When in doubt, this is what helps me:


'Holy fluff! I have never thought of that! Thank you for your remark!'


In theory, I know well:

Being wrong is not a sin. It's an opportunity to act upon correcting it. It's only a sin when you start justifying your wrongness.


And then there's always this well-known dilemma: 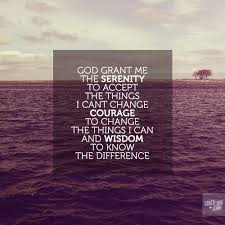 Will be in touch.

If you are interested in C00lSch00l workshops, where we discover what a big picture is, how children can play serious games, socialise, and to learn all about how to connect the activities with the desired aims,

the dates are now out. Check them out!


Have a lovely day,