The most common practice after discussing topics with YLL is that some sheet of paper with new vocabulary is given to children, be that via a coursebook or taken from a story. In other words, the children are given a set of words chosen by somebody else. All they need to do is learn the words by heart.

How about giving children the opportunity to choose the words themselves? This way the selection of words is chosen by children’s choice and we show them there is more than one solution and all of them are correct.

I am now in the middle of the topic ‘At My School’ with my 3rd grade classes. For the introduction of the topic, I chose the PPT discussion about finding differences and similarities in English and Slovene schools as well as reading Lauren Child’s picture book ‘I Am Too Absolutely Small for School’.

At the end of the introduction we came up with the conclusion, that there are some common things in both countries: we all have a special building for school, we all have classrooms and the pupils have schoolbags.

Since not all of my pupils have their social skills developed to the level to be able to cope with working in a group on their own, I chose only those who can work on their own and put them in 3 groups.

The first group got a doodle ‘My Schoolbag’. Their task was to search through their schoolbags and complete the doodle by writing down the things they could find inside their schoolbags. (They wrote the words in Slovene.)

The second group had a similar task, only they needed to find what was in the classroom.

The third group was sent on a tour inside the school to find out what rooms our school had.

While the groups worked on their tasks, the rest of the class had other work to do. Among them, I selected groups of 4 children. With one group I practiced some old vocabulary and sentence structure via rhythmic game while the rest were continuing with individual work. The groups took turns.

At the end of the lesson the children, who worked in cooperative groups, came up with the set of words of their own finding. 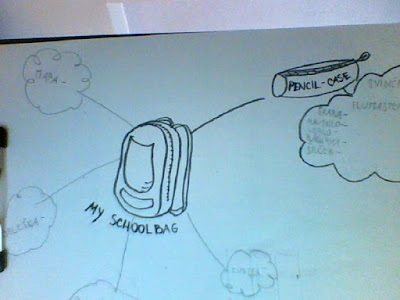 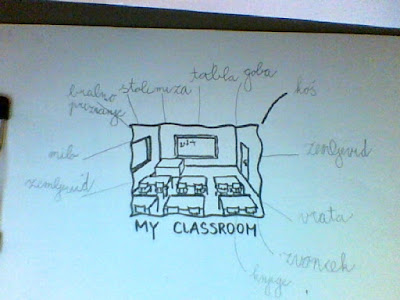 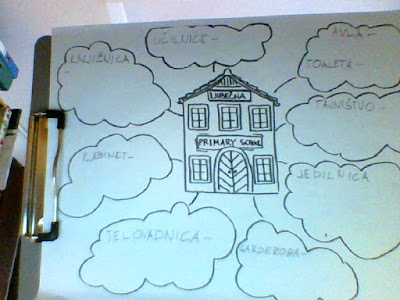 The next two lessons were devoted to finding the appropriate English translation for the given Slovene word. The children were organized in groups by 4. There were 6 groups working on ‘At My School’ topic, and an additional one where the children were practicing spelling the months of the year through some activities.  The groups rotated so that every group went through all of the ‘stations’. 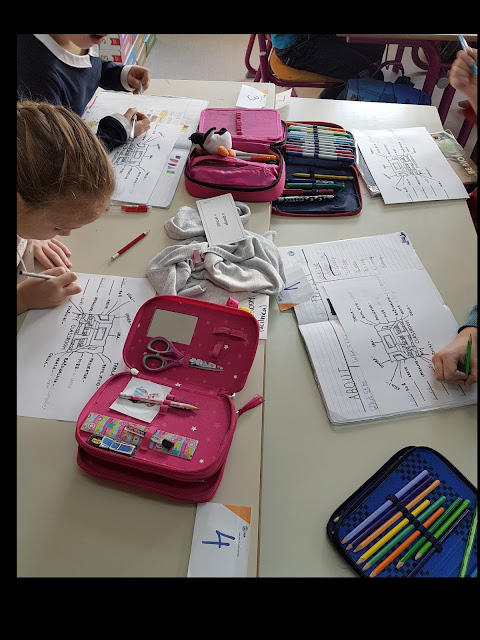 The children took turns when they searched for the translation in the Pucture Dictionary (CoolTheme House). One member of the group chose a Slovene word, found its translation in the Cool Theme House and brought it to his/her group for everybody to copy it into their doodles. When the next member went for another translation, he/she took the ‘exhausted’ card with him/her and placed it back into the CoolTheme House. 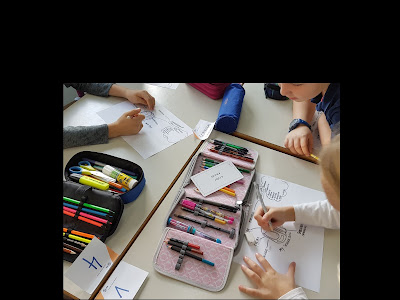 The children did the task on their own. I only monitored them and assisted them if there was an assistance needed. Mostly, I had to remind them into which pocket the ‘exhausted’ card had to be put. 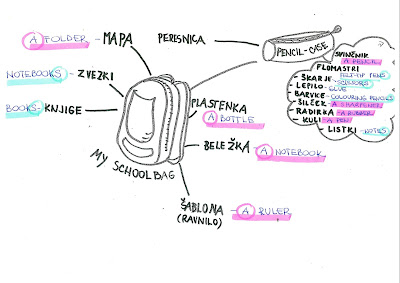 Our last two lessons were spent on checking the  correct translation, spelling and I also introduced the plural. For all that, I projected the results in a shape of the three doodles on the white board. First, they checked for the correctness  themselves. I have, however, realised their spelling was still incorrect. In our second try, we repeated the task with my reading the word aloud and then asking children to spell the word aloud while I had the doodle projected where the words were visible.

And this is where we are at the moment.

My plan is to play some games to learn the vocab and then move on to putting the new learnt words into a new context … into a text.

So, the next phase is literacy. I will write about it once I have done it.

You can read more about addressing divergent thinking in the articles